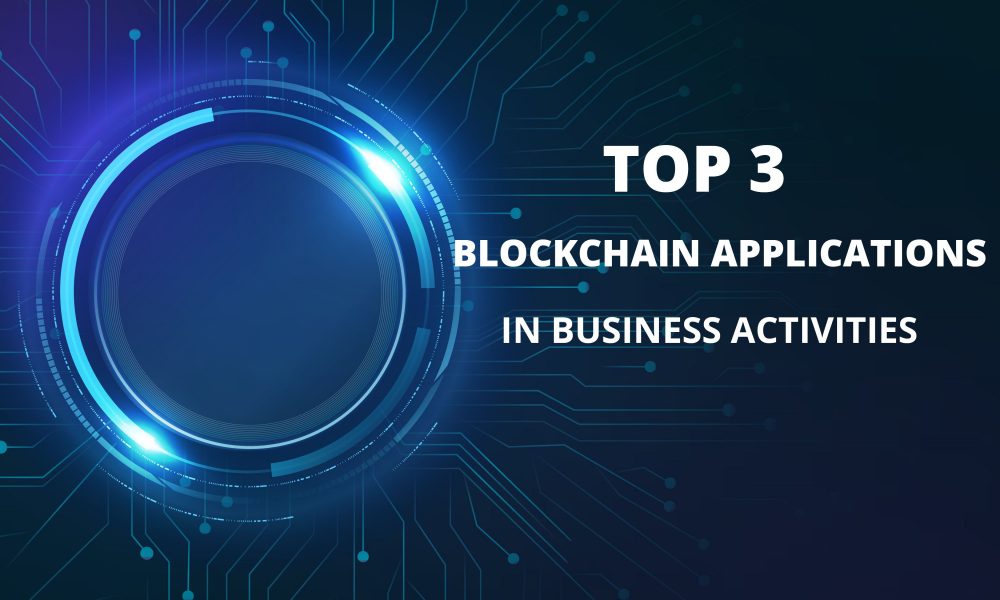 The blockchain is now an exciting new alternative to traditional currency, centralized banking, and transaction methods that are changing the way we handle financial transactions and alternative uses that will change the world. In short, blockchain is a distributed ledger that maintains a continuously-growing list of every transaction across every network distributed over tens of thousands of computers. This makes it almost impossible to hack, changing the way banking is done.

In this blog, let Vitex Capital talk about some of the best Blockchain applications and blockchain advantages which were earlier known as Crypto Currencies and Bitcoin.

The term “smart contract” was originally developed in 1993, although it has only recently gained popularity as a result of the Ethereum Project’s introduction in 2013. “The Project is a decentralized platform that executes smart contracts: apps that run exactly as programmed without the risk of delay, censorship, fraud, or third-party interference,” according to the website.

According to Chris DeRose of American Banker, smart contracts are “self-automated computer programs that can carry out the conditions of any contract.” “It is a financial security kept in escrow by a network and routed to beneficiaries based on future events and computer code,” according to the definition. As a result, businesses will be able to use ‘smart contracts’ to bypass regulations and “lower the costs for a subset of our most common financial transactions.”

Smart contracts are now appropriate to be used in a wide range of areas. From commercial activities to specialized sectors such as health, election monitoring, logistics chain involvement, etc., it includes a lot of benefits, including automation, accuracy, high security, and cost savings.

In the real world, money transfer has gained utmost popularity with its unique feature of cross-border payments, exchange for cryptocurrencies, real-time ledger system, and all of this by lowering the third-party fees. We can see a lot of such blockchain use cases.

TPBank is the first Vietnamese bank to use blockchain for international money transfers successfully. Customers of TPBank will no longer have to wait several hours to make a money transfer from Japan to a TPBank account because these transactions will now take only a few minutes, thanks to RippleNet, which applies blockchain technology to international money transfers. RippleNet is a support platform that uses Distributed Ledger Technology (DLT) based on the contemporary Blockchain and API platform to assist transactions to be completed faster. By joining RippleNet, all parties are kept up to date on the status and information of each transaction.

Since the blockchain’s origins in cryptocurrencies, it’s only reasonable to apply it to employee compensation. “If your company regularly sends salary to international workers, then introducing Bitcoin into the payroll process might be a huge cost saver,” says Geoff Weiss on Entrepreneur.

Bitwage, which claims to be the world’s first Bitcoin-based payroll service, will “circumvent the costly fees associated with transferring money internationally, as well as the time it takes for such funds to move from bank to bank, payments made via Bitcoin can save both money and time for employers and employees alike.” Bitwage’s founder and COO, Jonathan Chester says that by using a public ledger of all transactions in chronological order “you can actually see exactly where the money is throughout the process.”

Then there is paying remote employees and contractors. Again, this form of payment is a very large part of my personal business and something many big companies (and banks) are betting on this year.

WHY CAN BLOCKCHAIN TECHNOLOGY HELP?

There are many advantages to using blockchain. Here are the most significant ones

With so many security provisions in place, blockchain is among the most secure technologies available to us. As a result, tampering with it is nearly impossible.

From healthcare to transport, you can use blockchain in any industry. All you need is a working knowledge of blockchain and the industry you want to implement it in.

Most of the operations in a blockchain are done by software implementations. Such automation makes blockchain networks highly efficient.

Every change made in the blockchain is visible to all the users that have access to the same. This keeps things transparent and enhances the versatility of this technology.

Organizations all across the globe are implementing or trying to implement blockchain in one way or another. It is a globally recognized and adopted technology, and it’s gaining popularity.

Every interested party in a blockchain transaction is certified and verified. This removes the need for double records and makes the transaction process much more reliable.