Vitex Capital is pleased to announce that we have placed our trust in Animverse, a play-to-earn MMORPG game to further carry out our dedication of pioneering the application of Metaverse technology in the gaming industry. With its clear roadmap and team of experienced developers, we believe that our strategic partnership with Animverse will yield great success. With our help, Animverse will be the GameFi that is on people’s tongue for years to come.

Animverse is a metaverse play-to-earn MMORPG game inspired by global phenomenon Animes/Mangas like Dragon Ball, Naruto, OnePiece. The game is based on Blockchain technology and NFTs, empowering the players, artists and creators to the next level of Role Playing Game.

In addition to financial investment and strategic consulting, Vitex Capital with a vast network of partners also offers Animverse an opportunity to approach and cooperate with potential investors. Moreover, with expertise and experience in the market, the partnership between Vitex Capital and Animverse will no doubt maximize the potential of both parties and play a huge part in kickstarting the Metaverse gaming revolution. 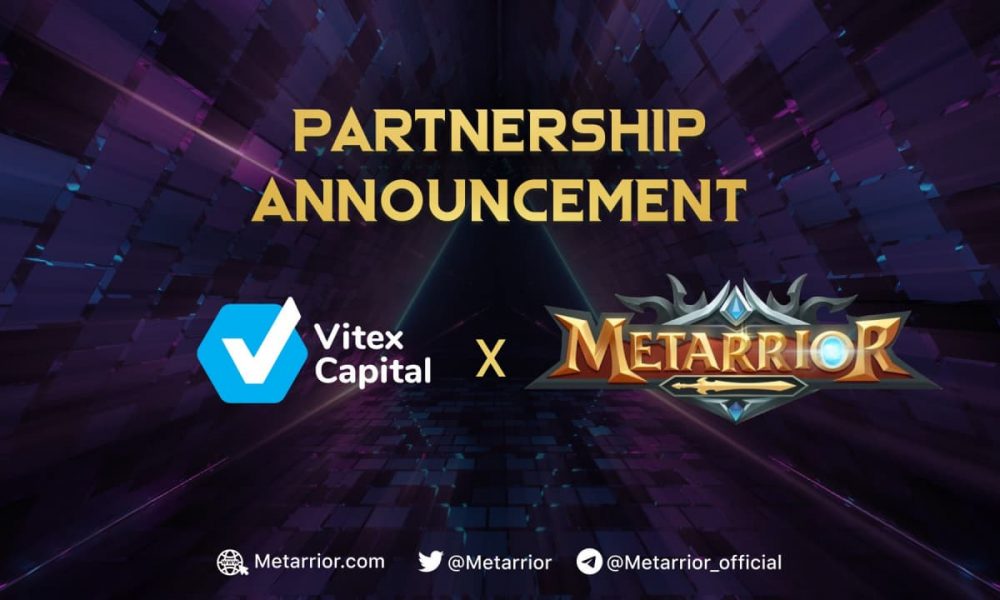 Vitex Capital is pleased to announce that we have placed our trust in Metarrior, a Match-3 RPG game utilizing the blockchain technology to implement pioneering models of Free-to-Play, Rent-to-Play and Play-to-Earn. Vitex Capital believes that Metarrior, as an NFT game with Metaverse potential, will be the next gem in the vast NFT game industry.

Metarrior is a unique NFT RPG Game with a new approach to the match-3 puzzle games. Metarrior renovates the conventional Role-playing game (RPG) by blending itself with blockchain technology and allowing gamers experience a new sensation while playing.

Metarrior players advance through story quests, for which their character or party of characters gain experience that improves various attributes and abilities. The quests could be as easy as solving the match-3 puzzle or as challenging and exciting as going through PvP mode, combating against other players.

As an investment fund, Vitex Capital focuses on blockchain technology, cryptocurrency projects with great potential and long-term vision. As for Metarrior, Vitex Capital has put faith in them thanks to a clear development roadmap, the positive review of its previous version, Legends of Gem and its experienced development teams with expertise on technology in general.

In addition to financial investment and strategic consulting, Vitex Capital with a vast network of partners also offers Metarrior an opportunity to approach and cooperate with potential investors. Moreover, with expertise and experience in the market, the partnership between Vitex Capital and Metarrior will no doubt maximize the potential of both parties and create the NFT gaming revolution. 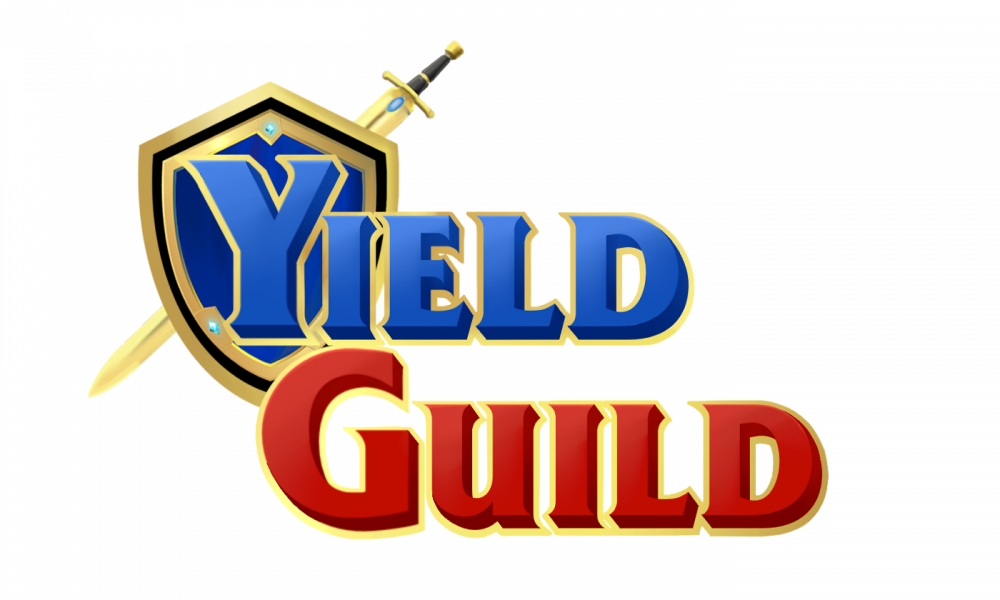 What is a Gaming Guild?

Gaming guilds are communities of gamers that aim to create economies in the virtual world by sponsoring millions of players, investing in games to monetize their in-game content, and building tools to enhance future game development.

Gaming Guilds provide players with the money and tools needed to experience the ever-increasing amount of Play to Earn (P2E) games at the expense of a portion of their earnings.

Here’s an example: Because buying an Axie on the popular blockchain game Axie Infinity can be quite expensive, some guild users are willing to give up some of their earnings to rent in-game assets from the guild.

If 2021 proves to be a year for crypto games and their tokens, will 2022 turn out to be the year for Gaming Guilds that support compelling gaming conditions like Axie Infinity or The Sandbox?

It’s too early to tell but crypto investors who have profited from the bull market are accumulating money for this boom.

Why Gaming Guilds Will Explode

Unlike traditional gaming guilds, which are organized groups of gamers who regularly play together in a game, Crypto Gaming Guilds are game-independent. Instead, they aim to be a platform that supports new gamers.

It also explains why investors are betting big on Gaming Guilds: There are hundreds of NFT games hoping to be the next Axie Infinity.

Data from DappRadar shows about 106,000 daily active users on Axie Infinity or various wallet addresses interacting with the game, as of press time, down from the November peak of around 135,800.

Darryl Wang, the senior investment analyst at crypto investment firm DeFinance Capital, wrote on Twitter: “If the game is a high risk/high return, the associations will be the initiators. The blue-chip industry has stood the test of time.

“The Gaming Guilds will become the best opportunity for players to play the best game.”

According to Akaradet Diawpanich, co-founder of GuildFi, NFT gaming guilds have the potential to create a “positive feedback loop” in which they bring players into the game, buying non-fungible tokens (NFT) in-game and lend it to players, invest in different games and help them target potential users.

In an interview with CoinDesk, Diawpanich said GuildFi started expanding after seeing a surge in demand for rental properties during the booming time amid the COVID-19 pandemic. GuildFi is also currently providing gadgets for gamers in various games. For example, Axie players can track their daily SLP rewards on GuildFi easily.

Ultimately, GuildFi, according to Diawpanich, is trying to become Steam, a video game distribution service, for crypto games.

Why do Gaming Guilds need tokens?

It’s no surprise that YGG, GuildFi, and Merit Circle — some of the more successful crypto organizations this year — all have their own tokens. But even the most prized of them, YGG, which has a market cap of $461 million, according to CoinGecko, is still far from the value of crypto gaming darlings such as AXS  (6.6 billion dollars) or MANA ($4.4 billion).

In an analysis of crypto gaming guilds, Wayne Zhao, a partner at Beijing-based blockchain data firm TokenInsight, wrote that some traditional gaming guilds have ended badly. after guild members discovered community leaders were being paid by game companies to promote games.

With the token’s launch, however, crypto associations have the potential to tackle the “over-centralization” problem of traditional gaming associations, according to analysts.

“Traditional gaming associations act as social facilitators, but nothing more,” Wang of DeFiance Capital told CoinDesk. “Gaming Guilds take on a much more important economic role due to the nature of on-chain digital assets that players use and care about.”

Zhao said in an interview with CoinDesk, a decentralized autonomous organization (DAO) can bring together a random group of people with different motivations to build and grow together because of incentives to share.

“At its core, tokens are one of the incentives for members to participate in group decision-making,” Zhao said of clan governance. Each individual can benefit from the total profit earned

Gaming Guilds is slowly budding and is expected to become a trend in the future. As the epidemic continues, the economy is still struggling and the Play to earn model is becoming more and more popular in the daily lives of people around the world. Gaming Guilds will be the key to opening the limited door to make GameFi even more explosive Vitex Capital has officially announced the strategic investment in Paditech – one of the prominent technology companies in App/Games, Web/Server development in Japan and Vietnam. This cooperation will enhance the core strength of the two sides to promote the completion of the comprehensive technology ecosystem for Japanese and Vietnamese businesses paving the way to dominate the world market.

PadiTech was founded by Japanese IT engineers and those who graduated from leading universities in Vietnam with many years of experience living and working in Japan. PadiTech is one of the leading technology companies in outsourcing and developing App/Games, Web/Server, the quality has been verified by US, Japanese and Vietnamese customers.

PadiTech has developed a technology platform with more than 150 projects to help businesses that has solved many classic problems in the process of administration and operation.

Although newly established for nearly 7 years with more than 100 employees in 3 branches in: Hanoi, Ho Chi Minh, Tokyo, up to now PadiTech has developed a wide working network with more than 350 customers. These are the leading enterprises in Vietnam and Japan such as Viettel, FPT, Mobifone, CMC Corp, Rakuten, etc… and start-ups. Vitex Capital has great insight in investment and strong ability to mentor many Asian tech-startups to develop their projects successfully and guide them in various aspects ranging from strategic planning, fundraising to marketing.

Vitex Capital not only provides finance and important advise but also technical support for PadiTech to implement business ideas. Vitex Capital want to bring all expertise in the marketplace to guide the PadiTech team, help them reach full potential and create the desired revolution as their vision pointed out. “Think big, act small”. In each and every step leading to their official operation of PadiTech in the market, there will be Vitex Capital standing along to encourage and embrace even the obstacles and hiccups along the way. All of them are invented to stay and to continuously thrive no matter what. 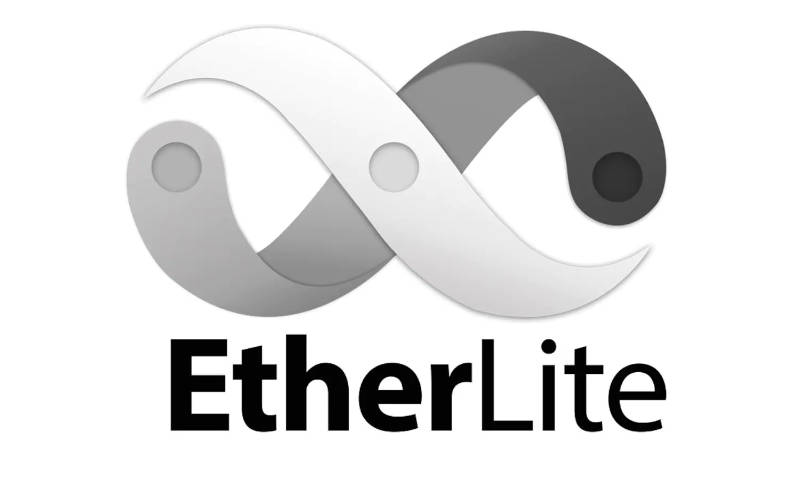 EtherLite is the Next Milestone for Cryptocurrency

The world of cryptocurrency is a growing new feature in the world that seems to be ever-changing with thousands now circulating crypto followers who can now add a new currency to the family. Now that the ETL, the native token on the new decentralized EtherLite blockchain, is ready for public trading.

With trades believed to start in July, The EtherLite team said that they have been audited by top experts and are incredibly happy to call it the year of the EtherLite.

There is no shortage of cryptocurrencies for investors to trade, with roughly a couple thousand circulating in the market. Investors can add one more name to the list, now that ETL is poised for public trading.

EtherLite uses the coveted proof-of-stake (PoS) consensus model as it seeks to pick off where its much larger peer, Ethereum, leaves off. In fact, EtherLite is a hard fork of Ethereum, representing a major change in the code of the larger blockchain that took place in May.

EtherLite has been moving through its roadmap, which in addition to the hard work has included an airdrop and an initial exchange offering. Now it is time for the token to hit exchanges.

The EtherLite team says that ETL has been audited by “top core experts” and is poised to begin trading on exchanges in July. They are quite ambitious and are calling it the “year of EtherLite.”

Differences Between EtherLite and Ethereum

EtherLite is a hard fork of Ethereum, which is the go-to blockchain for smart contracts, DeFi, non-fungible tokens (NFTs). This up-and-coming is created to address some of the shortcomings in the Ethereum network.

While there is only one Ethereum, EtherLite has the advantage as it holds features such as the EtherLite network has block times of five seconds and more than 10,000 transactions per second, Etherlite carries lower fees, high fees have been a stumbling block on Ethereum, causing some creators and developers to move to other blockchains. Users can stake their ETL to help maintain network security in exchange for rewards. Ethereum is transitioning from a proof-of-work (PoW) to a PoS consensus model.

One of EtherLite’s fantastic features is that it is compatible with the Ethereum Virtual Machine (EVM),. This means that developers can also use their decentralized apps (dApps) and smart contracts built on Ethereum on EtherLite.

The ETL token has a couple of use cases in the project’s ecosystem, including network governance as well as for fees on the EtherLite blockchain.

Now we just need to wait and see what this new cryptocurrency has to hold.